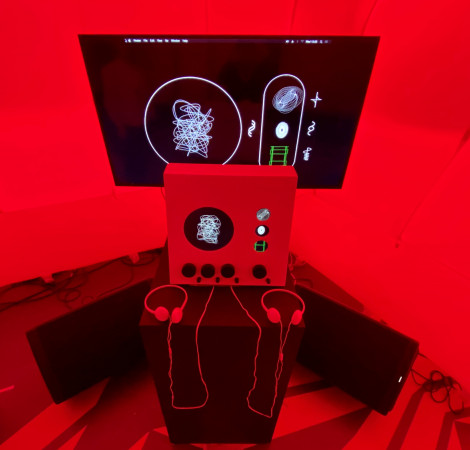 Ima_synth
This installation is
an Audiovisual synthesizer that it is no longer Overwhelming or complicated for anyone.
From the physical interface to the Software design, the goal was to create an inspiring and playful machine But still keeping its powerful ability to synthesize sounds and bring joy to its users.
Made in collaboration with Håkan Lidbo @ Rumtiden in Stockholm
A bigger version of it it's setup permanently in the Sciences museum of New Castle in uk.
//////////////////

Synthesizers are usually very complex machines capable of producing new and potentially unheard electronic sounds.
In this Synth, the focus in the design was to create a very simple and playful interface in order to eliminate the fear that some people feels when faced with a complex machine.
Also this synth "unlocks" more features the more you play with it.
The graphics in the biggest display are actually a literal graphic representation of the sound. since sound is waves and waves can be graphically represented.

Between the lack of labeling in the controls and the animated graphics, this synth feels almost like a crossover between a game with vector graphics and a 70’s analog synth.
When the user leaves the synth unattended, sound will fade out and graphics will turn simple and minimalistic.
For those who want to know more nerdy details. the sound is generated by two type of oscillators, one imitating the Buchla complex oscillator sound and the other imitating a basic Pwm wave oscillator and 4 pole ladder lowpass resonant filter, similar to the one that popularized the Moog synths in the 70\s .
The oscillators share an LFo section, a hidden envelope and an effects section. 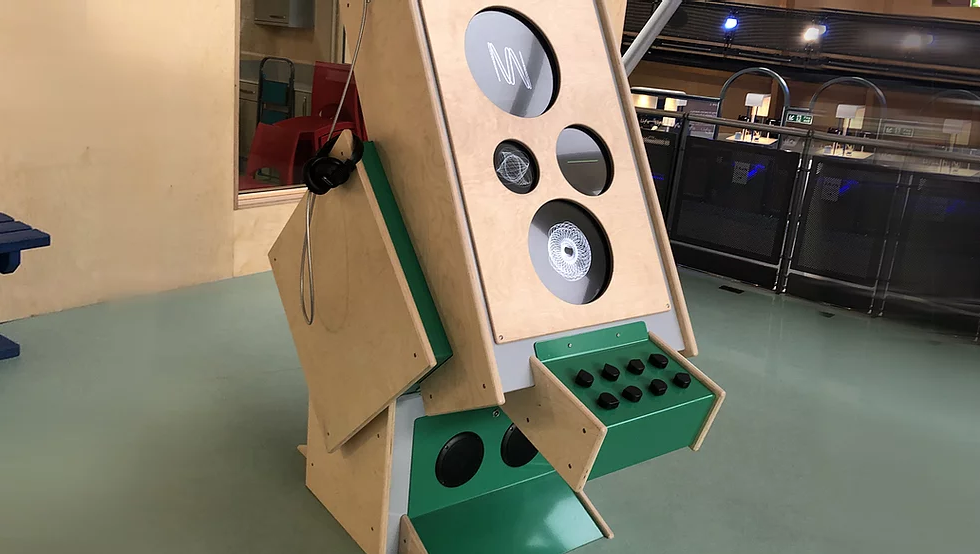 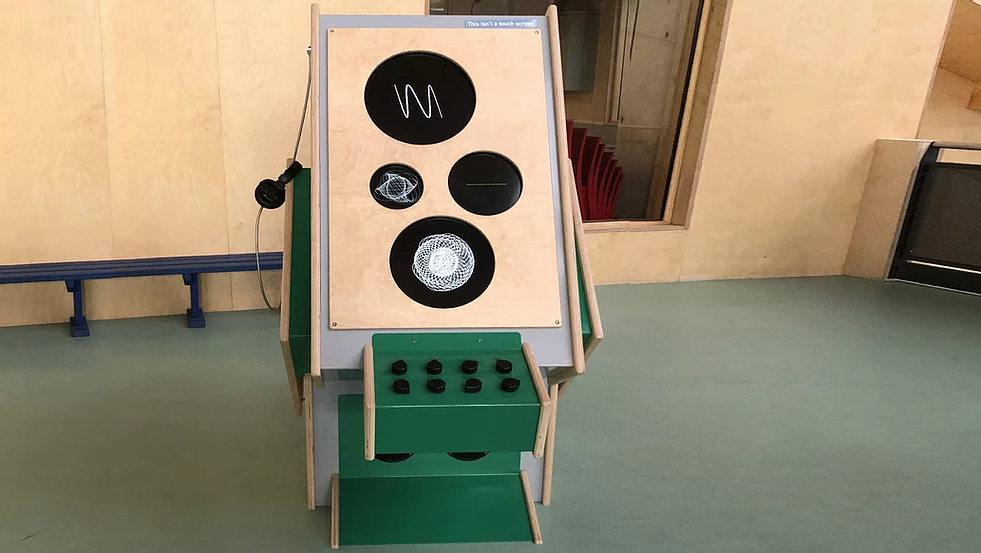 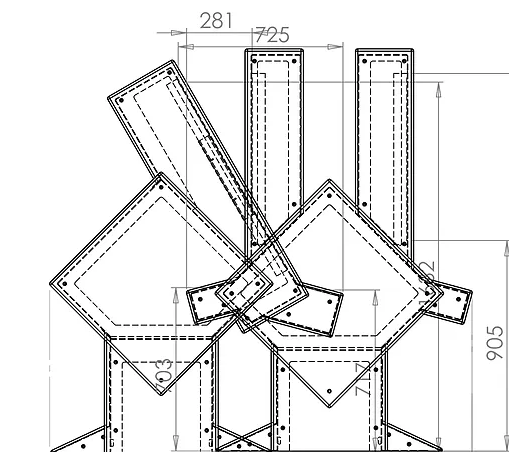